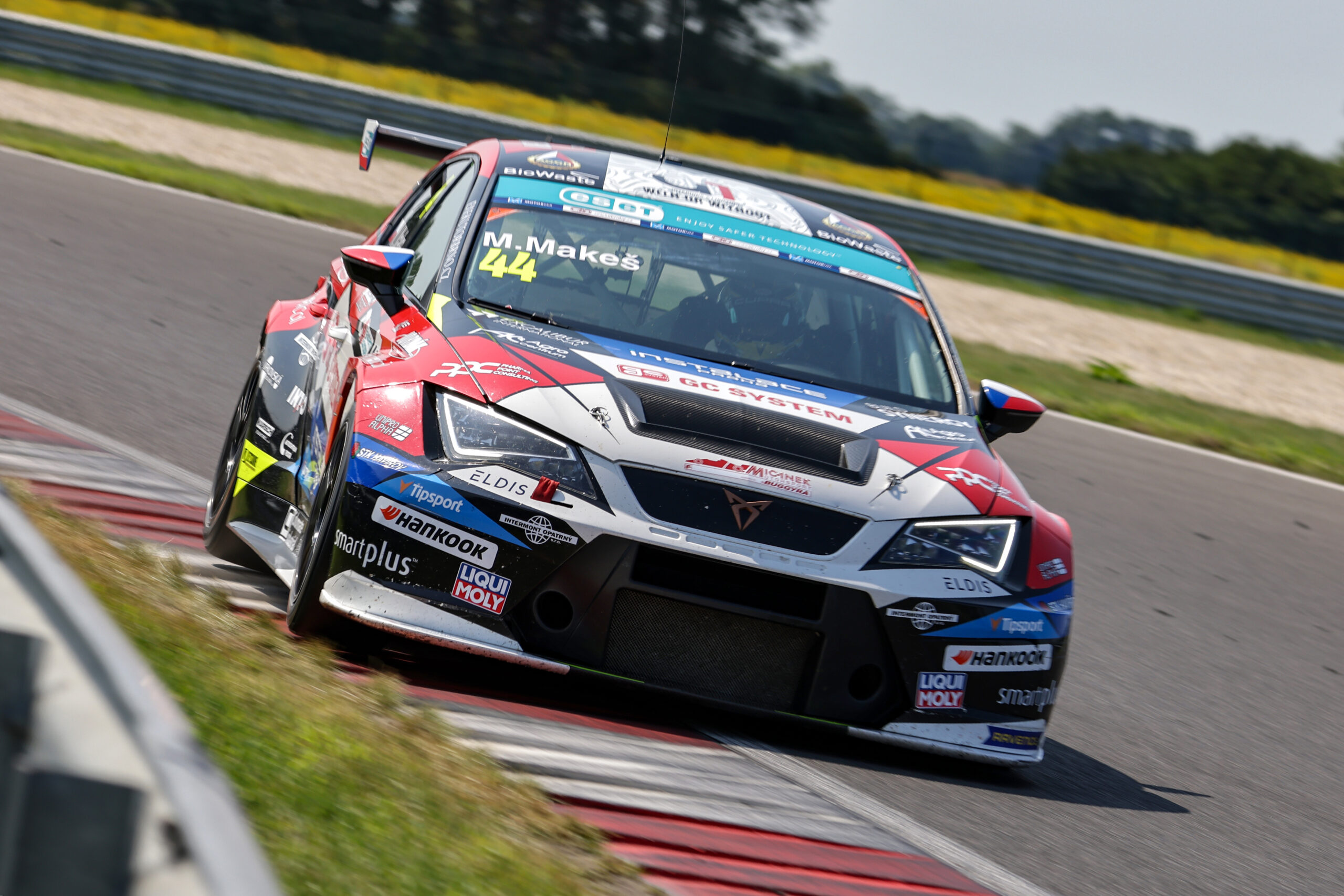 Carol Wittke repeated his victory from Race 1 in second TCR Eastern Europe race of the weekend at Automotodrom Brno. But the happiest person at the finish was Michal Makeš. Despite he finished only fifth, he became a new TCR Eastern Europe champion.

Top six from Race 1 started to Race 2 in reversed order. It meant that it was Sebastian Steibel who grabbed pole position for final race of the season. The two championship contenders started behind the German driver. Tomáš Pekař was second and Michal Makeš third. Fourth Petr Čížek, fifth Bartosz Groszek and sixth Carol Wittke, Race 1 winner, followed behind Makeš.

Steibel kept first place after start. But Makeš gained one position and overtook Tomáš Pekař. The Carpek Service driver dropped to third position. But Pekař was back in front of Makeš few corners later. In addition, Steibel dropped behind them to third position. It meant Pekař was in the lead ahead of Makeš. Pekař held the championship title at that moment. 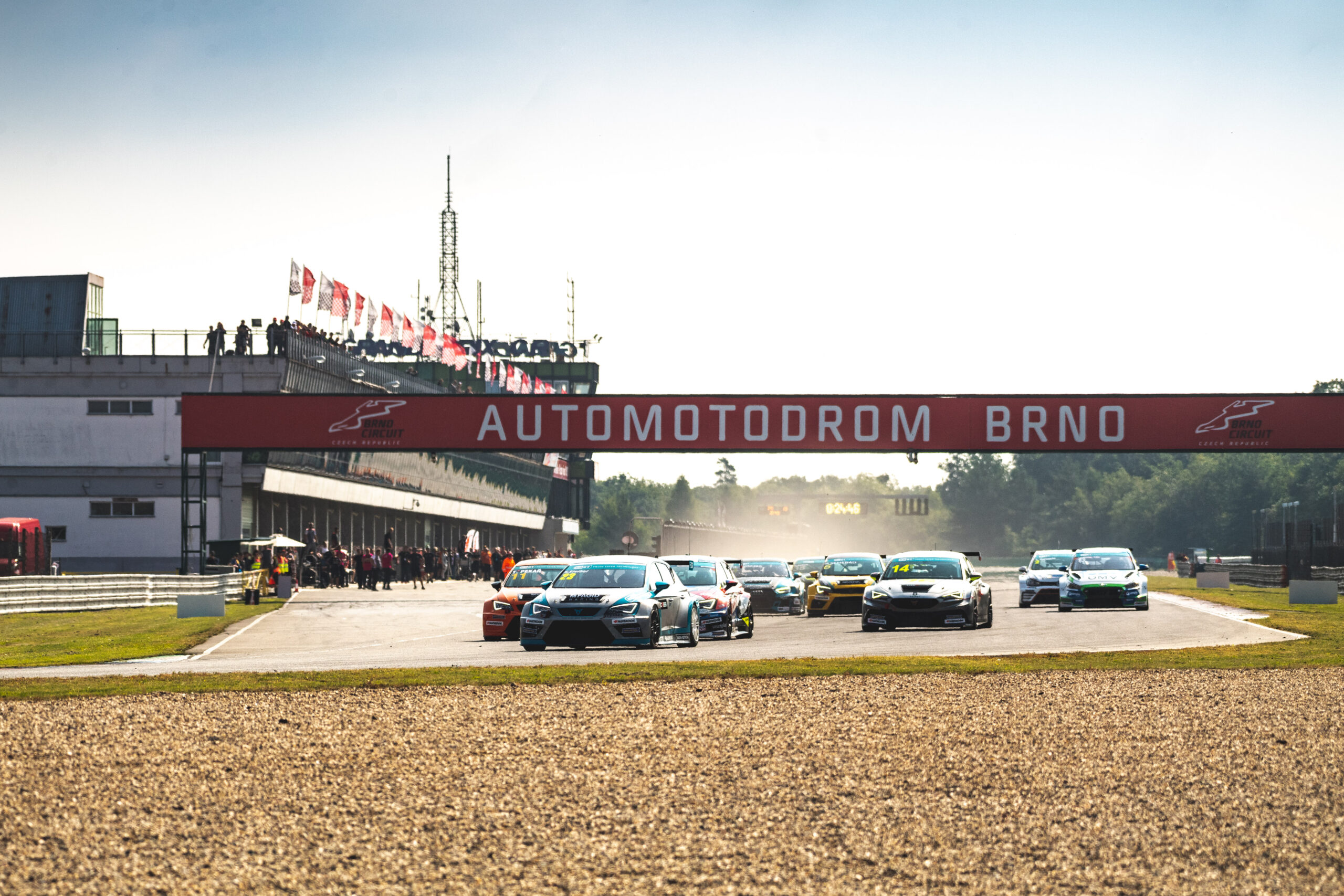 In Lap 2, Pekař still led. But Makeš wasn´t too far. The Mičánek Motorsport powered by Buggyra driver had to look also to the rearview mirrors. Carol Wittke already were finding the way how to pass Makeš. In Lap 3, he passed him. In addition, Groszek also moved ahead of Makeš. But championship leader was back ahead of Groszek few corners later. But Pekař was still first and held the championship title at that moment.

Groszek returned ahead of Makeš in Turn 1 of Lap 4. Wittke was already just behind Pekař and was hungry for the move to the lead. But the Czech driver was still able to stay at the front. Groszek was able to made some gap between him and Makeš very early.

Makeš maybe dropped to fourth place, but the championship title was back in his hands few moments later. It happened after Carol Wittke overtook Tomáš Pekař and moved to the lead. Bartosz Groszek reduced his gap to Tomáš Pekař. He took second position from Pekař in Turn 1 of Lap 6.

In the meantime, Sebastian Steibel moved to sixth place and started to chasing fifth Petr Čížek. Tomasz Rzpecki and Petr Semerád fought for seventh place and also made great show for fans. Rzepecki was able to stay ahead of Semerád. It was different story for Čížek. He dropped to sixth place behind Steibel. Gergö Baldi, who went off the track in the opening laps, and Sanel Cehic were already out of the race. 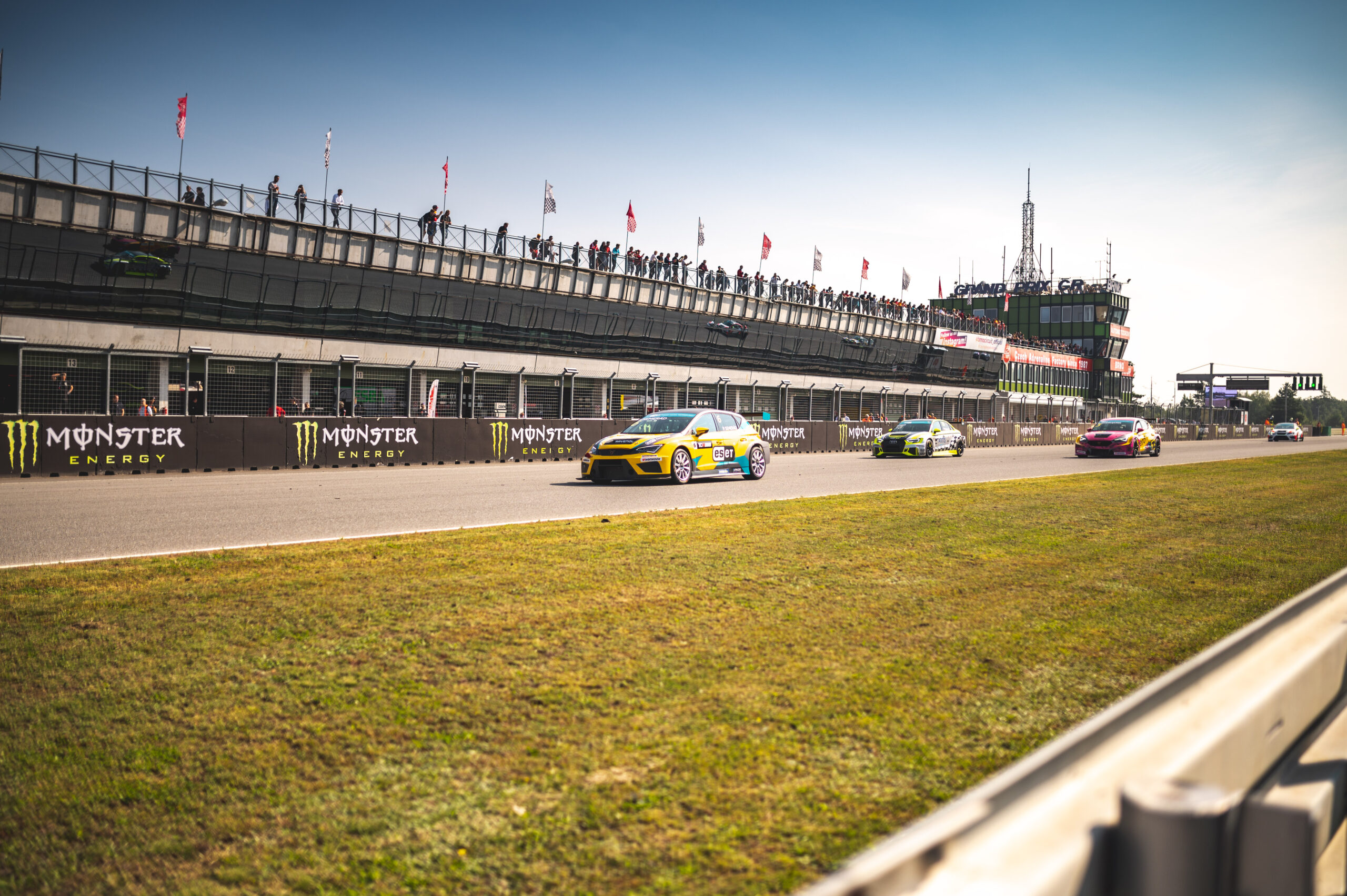 Carol Wittke didn´t make mistake in the remainder of the race and finished season in a best possible way. He won both races in Brno and also secured overall third place. Bartosz Groszek crossed the line as second and he had to settle for fourth place in overall standings. Tomáš Pekař finished third but it wasn´t enough for deleting of Makeš´s championship lead. Although the Mičánek Motorsport powered by Buggyra driver dropped fourth place because he was overtaken by Steibel and finished fifth in the end, he could celebrate the championship title at the finish. He defeated Pekař by only four points.

Sixth Petr Čížek, seventh Petr Semerád, eighth Tomasz Rzepecki, ninth Fraňo Dubreta and tenth Giacomo Ghermandi also took points. It was first two points in TCR Eastern Europe for Dubreta. Ghermandi scored one point despite he probably collided with Adámek out of the reach of TV cameras. Both Ghermandi and Adámek went off the track and didn´t cross the line.