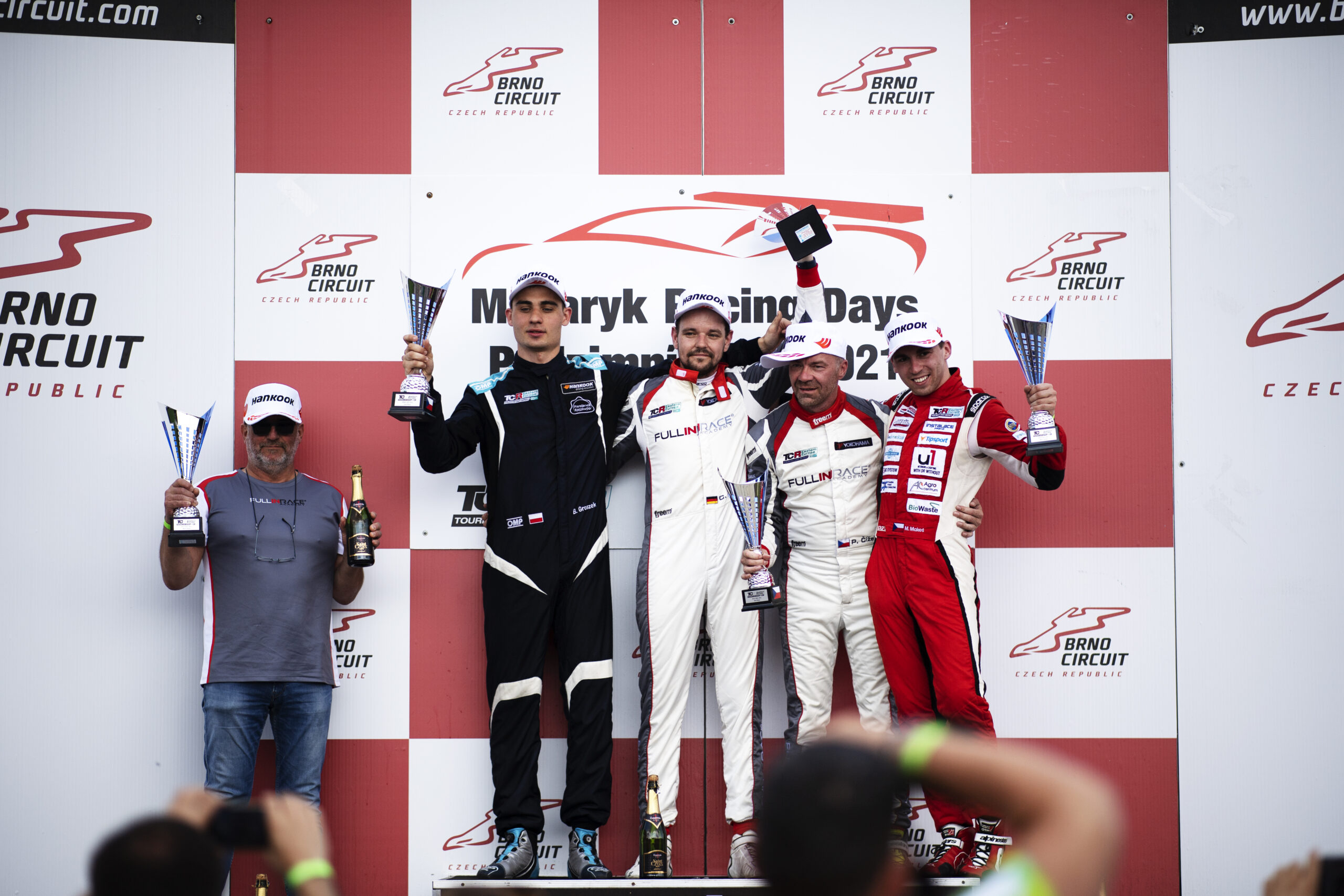 What did they say after Race 1?

Read some interesting words that were spoken after Race 1 at Automotodrom Brno.

„My start wasn´t so good. I made a mistake and dropped to third place after first corner. But speed was good. I overtook Makeš immediately in Lap 1 and also Groszek later. After that, I made a gap and I was alone. Groszek fought my teammate Petr Čížek so I have a lot of space to manage my tyres and I brought win at home. We will see what will happen in Race 2. I think pace will be the same. But it won´t be easy to overtake five cars. My main target is to finish ahead of Groszek. We are fighting for third position in the overall standings. I hope I will be able to achieve podium again.“ 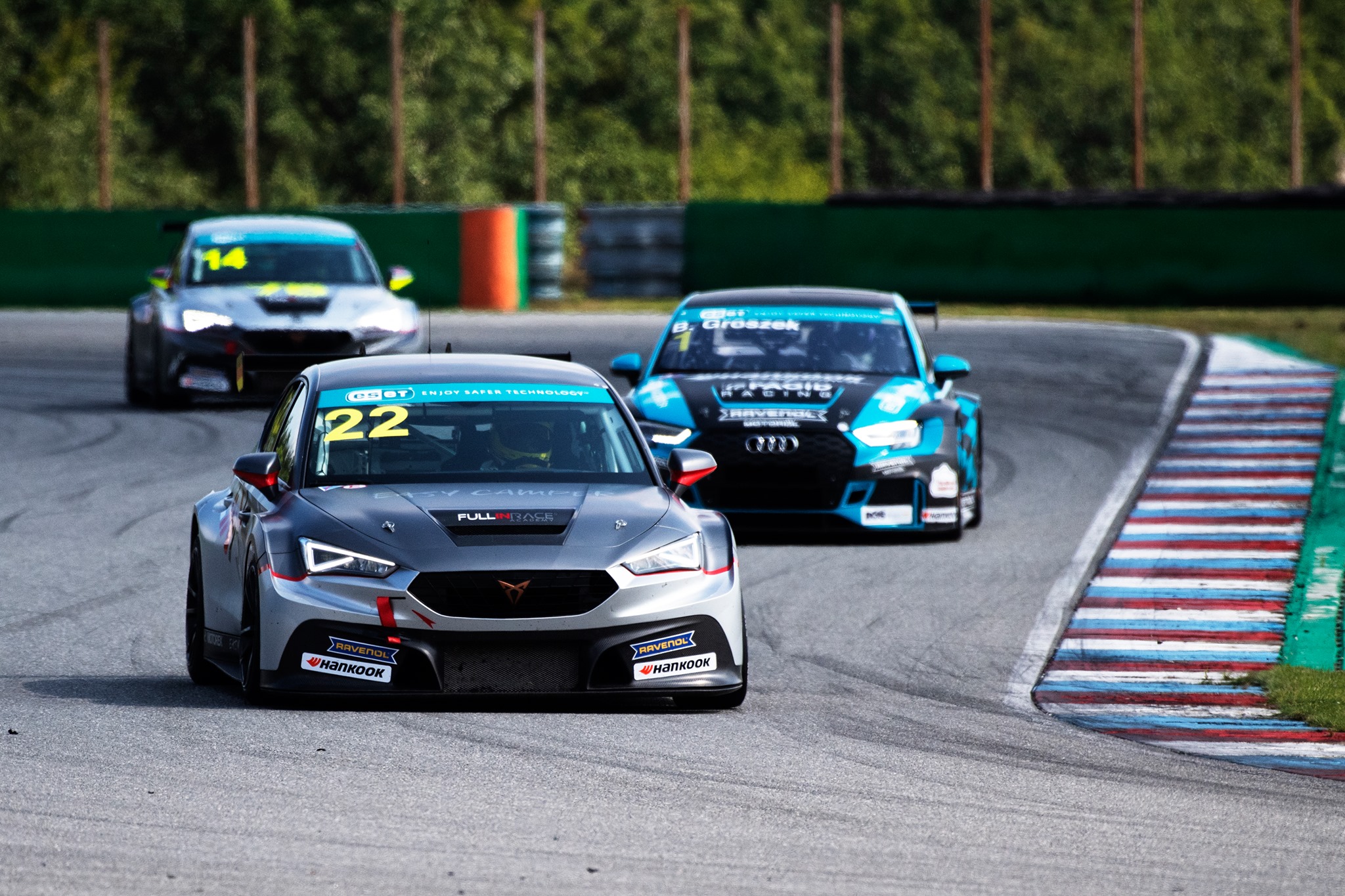 „I´m really happy with second place. The result is very good. I have a good start. Unfortunately, Carol overtook me in Lap 3. The new Cupras had better speed on the straights. That´s why we weren´t able to keep on them. But we still managed to hold the second place. It was really nice and fair battle with Petr Čížek. We fought almost the whole race. It was really hard but fair racing from him. I enjoyed that fight.“

„I started second and I lost one position so my feelings are mixed. But it´s good. My teammate took victory and I was third. We have never achieved such a result before. It was my most fought podium in TCR Eastern Europe. Brno is really demanding for tyres. We had to fight it a little bit because we didn´t make a good start. But I enojyed it because I attacked Bartosz Groszek for the whole race. If there will be a chance to win in Race 2, I will try to seize the opportunity. But if I can I will let Carol go and help him to keep the third place in overall standings.“

„I had a good start and I drove like I needed to. I was close to Bartosz but I knew I didn´t have a chance to keep on him because of extra weight we had and the fact our car already isn´t entirely fresh. Carol overtook me going up the hill like if he were overtaking a truck. I have no chance. I tried to keep behind me Petr Čížek after that. But it wasn´t possible and I let him go. After that, I was focusing on myself and I was saving the tyres. But we were extremely out of the tyres life in the end. I´m really happy I stayed ahead of Tomáš Pekař. It was really close.“ 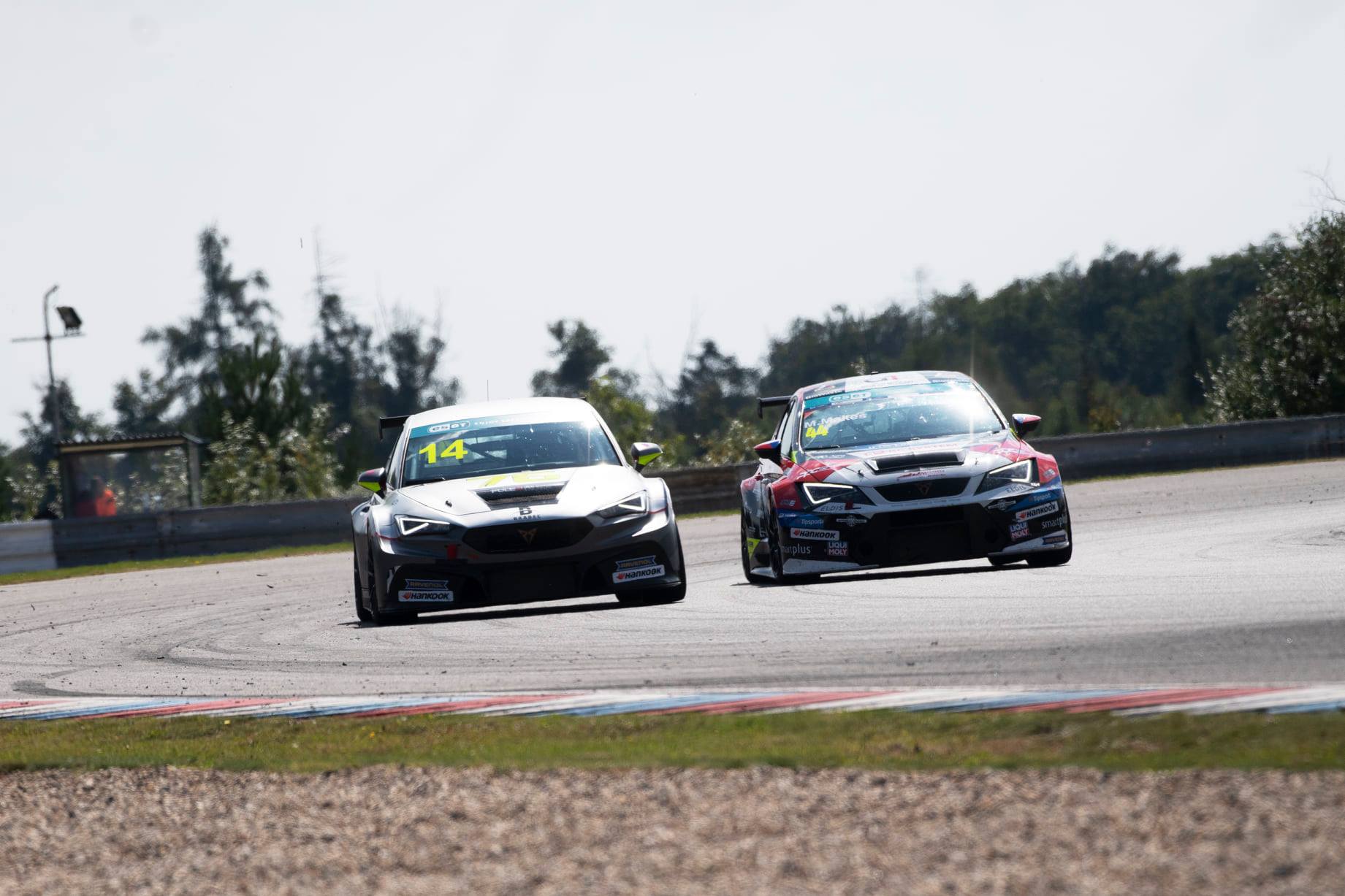 Michal Makeš moved to second place after start of Race 1 but he wasn´t able to keep Fullinrace Academy drivers behind him.

„Our car didn´t work at the start. I struggled to overtake Ghermandi. My tyres lasted until the end unlike some others. I almost overtook also Michal Makeš. I was next to him in last corner. It was a shame we didn´t make it to the next lap. But car doesn´t have any damage and I see also some positives. We have a good set-up. Good start will be important in Race 2. The first three laps will be about survival. I will try to use the potential in the end. Obviously, I will try to win but Wittke and Čížek are much faster and I probably won´t stay ahead of them. I will mainly want to enjoy it.“