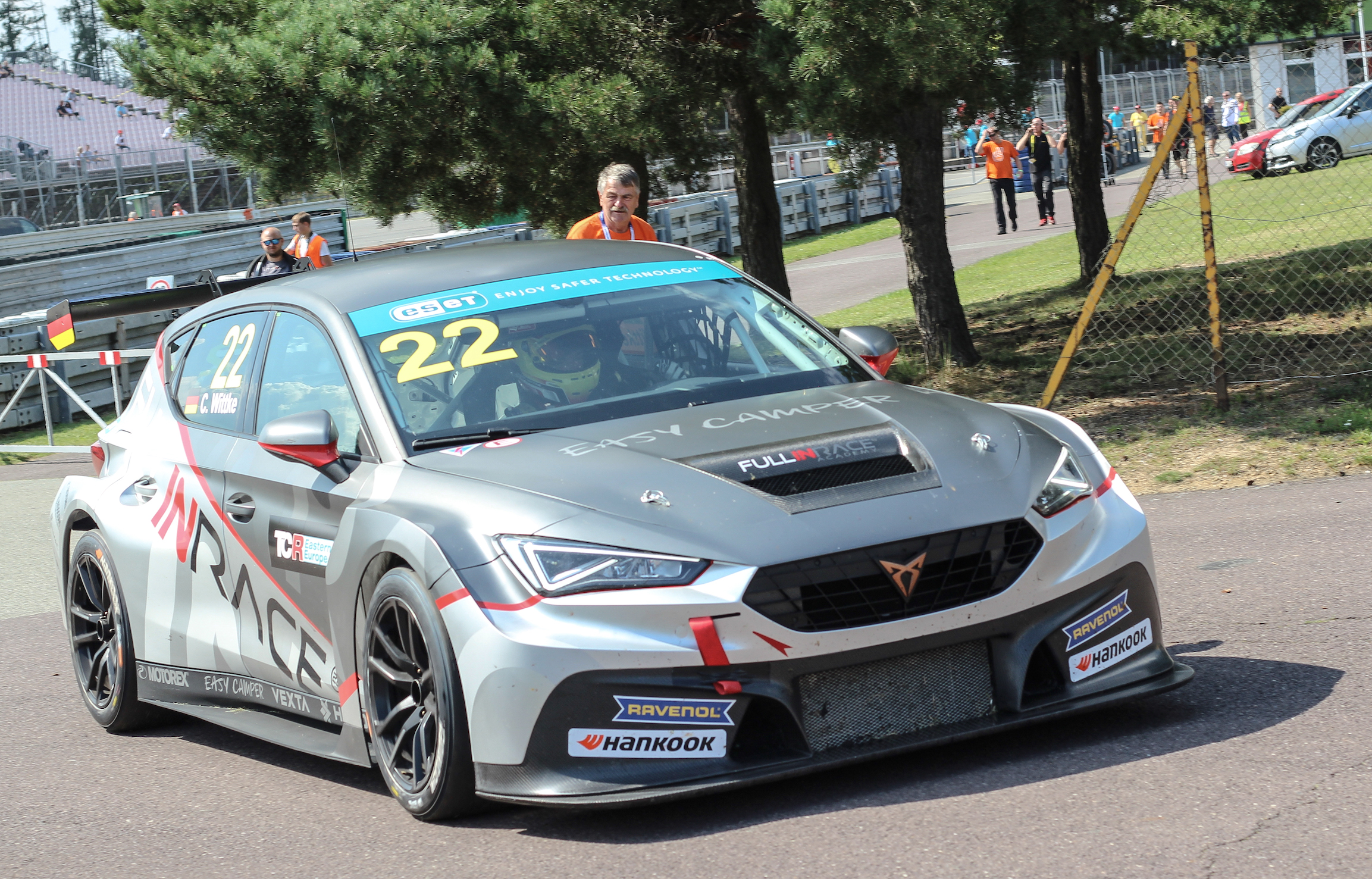 The penultimate round of the 2021 TCR Eastern Europe season brought the premiere victory in the series for Carol Wittke. Bartosz Groszek finished second after a big battle with Petr Čížek who had to settle for third position. Michal Makeš finished fourth ahead of fifth Tomáš Pekař and he increased his championship lead.

Wittke started from pole position, but he dropped to third place in the opening meters. Bartosz Groszek took the lead and Michal Makeš moved to second position. But he overtook Makeš already in Lap 1 and it didn´t take long and he passed Groszek as well. After that, it was dominant performance for him and he could celebrate his premiere TCR Eastern Europe victory at the finish.

Another driver of Fullinrace Academy driver Petr Čížek was also very strong opponent for Groszek in the remaining laps. He drove very close to Polish driver and he tried to pass him many times. But he wasn´t successful. It meant Groszek crossed the line as second and Čížek as third. It was third podium in TCR Eastern Europe for Čížek. He achieved the previous two in 2019 season. 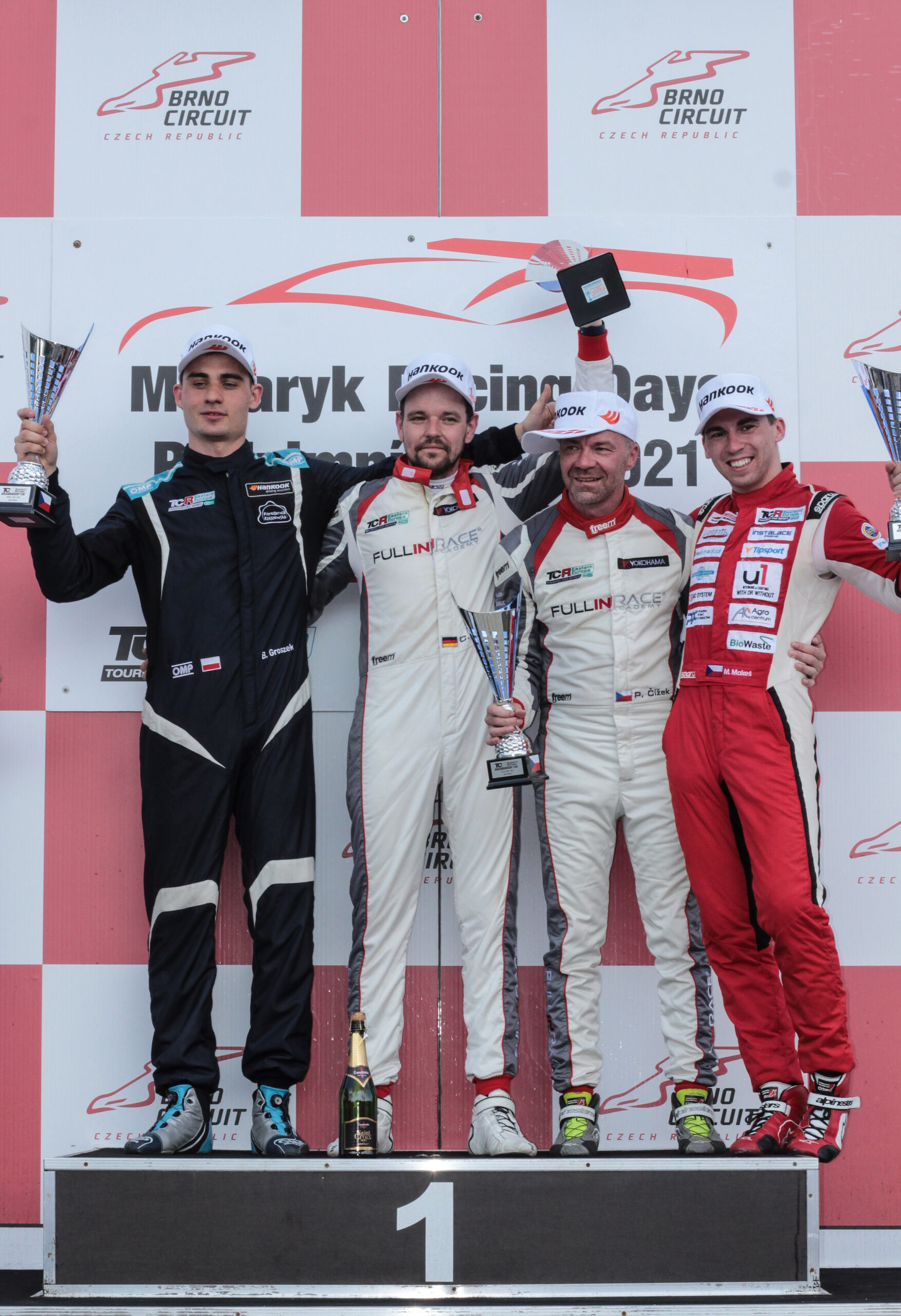 Top three from Race 1 and Michal Makeš as a junior winner on the podium. Photo: Petr Frýba

Michal Makeš finished fourth. But it was a dramatic end of the race for Mičánek Motorsport powered by Buggyra driver. His main rival in the championship fight Tomáš Pekař reduced gap between him and Makeš very quickly and he crossed the line just behind him. But this result means Makeš increased his championship lead ahead of Pekař to 27 points. But he still doesn´t have the the certainity of title. In tomorrow´s race, 26 points are still in the game and in addition, two worst results of the season will be deleted.

Pekař started from sixth place in Race 1 and he dropped to eighth after start. After that, it took a few laps than he overtook Giacomo Ghermandi. In remaining laps, he passed the TCR Eastern Europe rookie Gergö Baldi and Sebastian Steibel. Steibel finished sixth. Tomasz Rzepecki was seventh, Baldi took four points for eighth place from his debut, another debutant Petr Semerád finished ninth and also scored points and top ten was completed by tenth Radim Adámek. Ghermandi finished 11th in the end. The third rookie on the grid Fraňo Dubreta finished 13th.

Makeš wasn´t only one driver who strengthened his championship position today. Except for him, the overall third Carol Wittke increased gap between him and Bartosz Groszek today. He is by 15 points ahead of Groszek now. Except for victory, he scored also one extra point for fastest lap.

On the grid of Race 2, top six drivers from today´s race will start in reversed order. It means Steibel took pole position ahead of second Pekař and third Makeš.